Chinese/ Lunar New Year (known here as “Spring Festival” 春节) gave me a chance to get back on the road, and I chose to visit a pair of old Silk Road cities, a marked contrast to the well-developed, east coast city of Nanjing where I’m based! 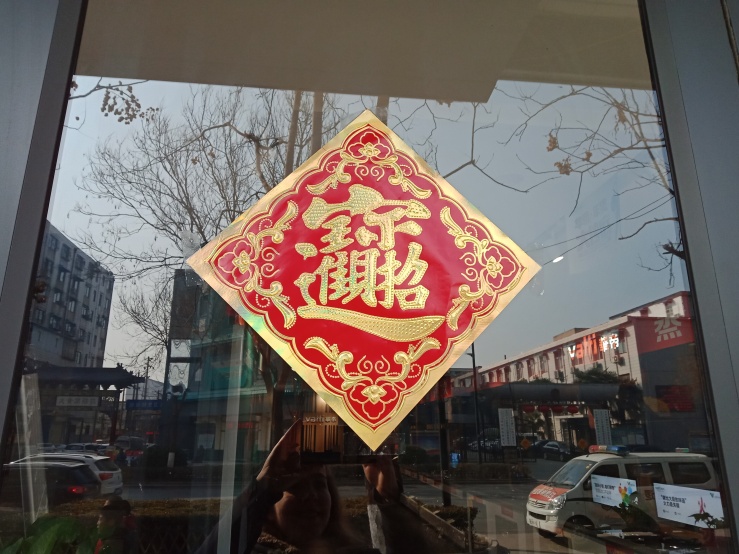 I headed west on the high-speed train (高铁) for a couple of hours and emerged in an almost unrecognizable environment, dusty, somehow a world apart from where I’d come. Kaifeng（开封）, my first stop, was the capital of the Song dynasty (宋朝), and I was mainly here for the Iron Pagoda, an iron-coloured structure which features scenes from the iconic classic Chinese novel “The Journey to the West”（西游记）.

I have to admit, the journey to the Pagoda （塔）proved to be as interesting as the pagoda itself. It became apparent that I walking through an old 回民街，a predominantly Islamic part of the community, opposite a mosque, in which small side-streets were filled with the song of caged birds. I grabbed some unfamiliar looking snacks from a hole-in-the-wall bakery, a walnut-flavoured cake and a hawthorn filled flat biscuit. 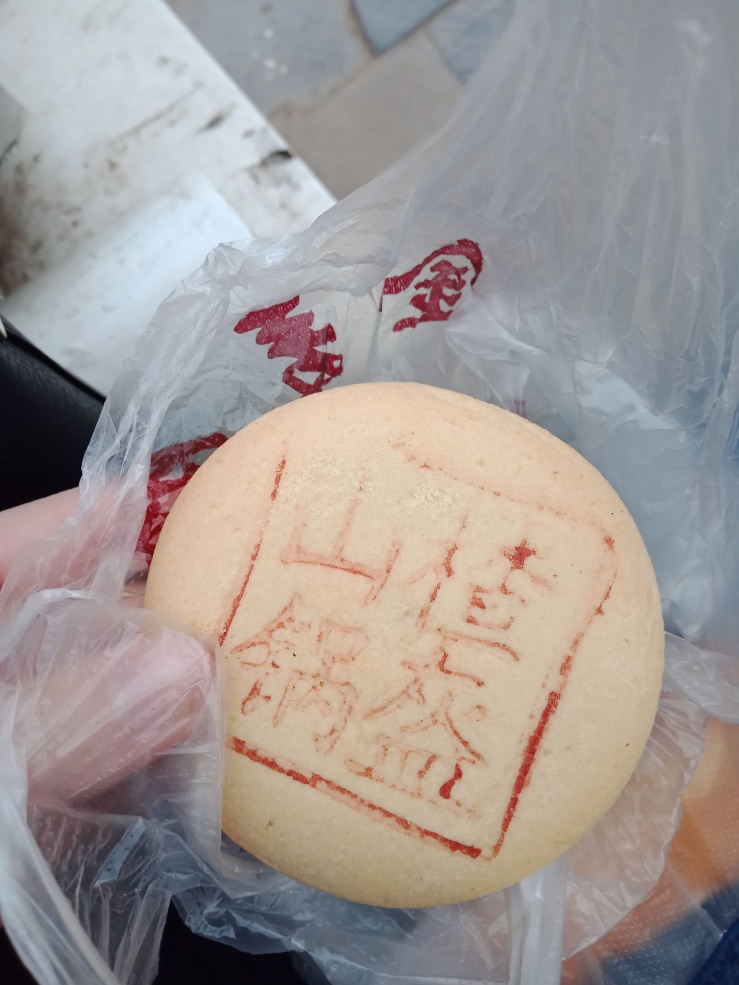 Perhaps the most fascinating thing about the site itself was the amount of apparently abandoned debris near the far side of a monastery. Old statues and ceremonial structures had been left in an overgrown area, apparently forgotten by the world, whereas crowds thronged to the other side of the gate. I couldn’t understand why, but I wanted to, and intrigued, I wandered.

I didn’t find any answers, but I did find myself by the edge of the Yellow River (黄河), the same river that flows through Jinan (济南), my old haunt, and which has disastrously flooded Kaifeng on so many occasions.

As I left the pagoda complex I turned off the Baidu maps app on my phone and decided to just amble. I soon found the source of a whole lot of smoke and noise – a local shrine – with hawkers and worshippers and clouds of incense. This was New Year as it was traditionally celebrated, and I saw some very vintage Mao images to match! 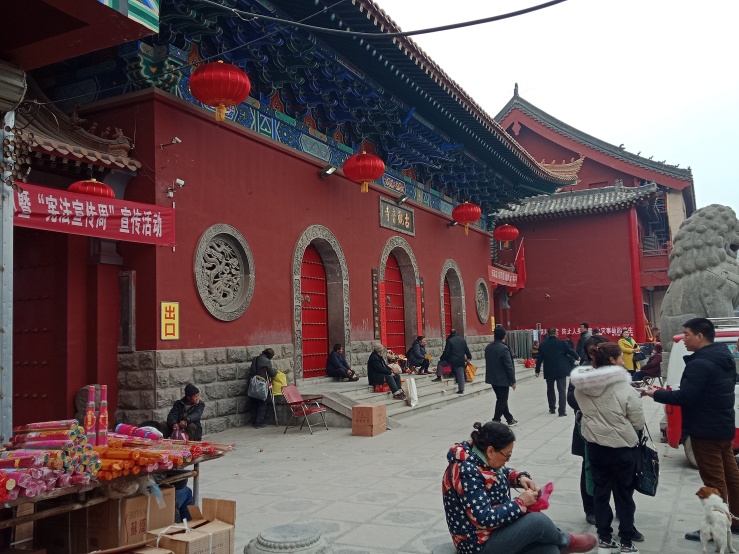 My next stop, Luoyang (洛阳), proved even more alien to the experience that I had come to know. As the train pulled in the TV screens started to pixelate, a cloud of dust obscured the sun outside the station and I realized that this place made Kaifeng look like a metropolis. 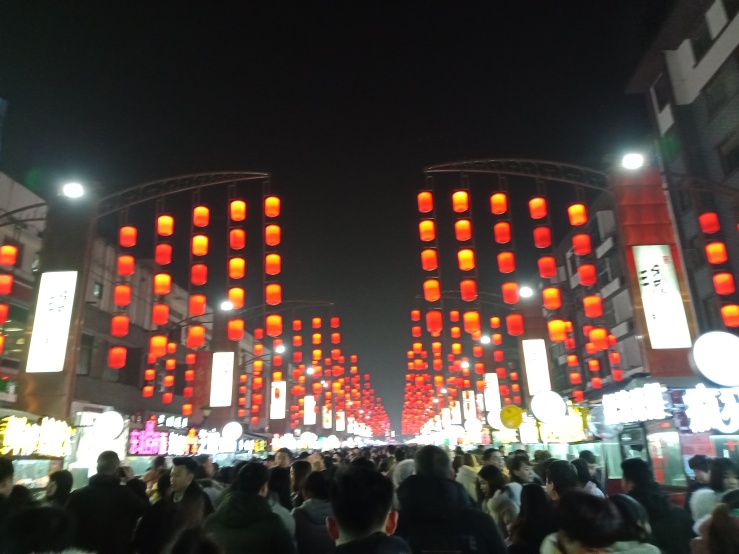 I must have travelled thirty stops on a bus down the same straight road to get to the cross-section where I could eventually walk to my youth hostel. I was rewarded, however, with a night market that was vastly disproportionate to the city’s size, and yet, deserted in parts, save for a single stall selling illuminated balloons. 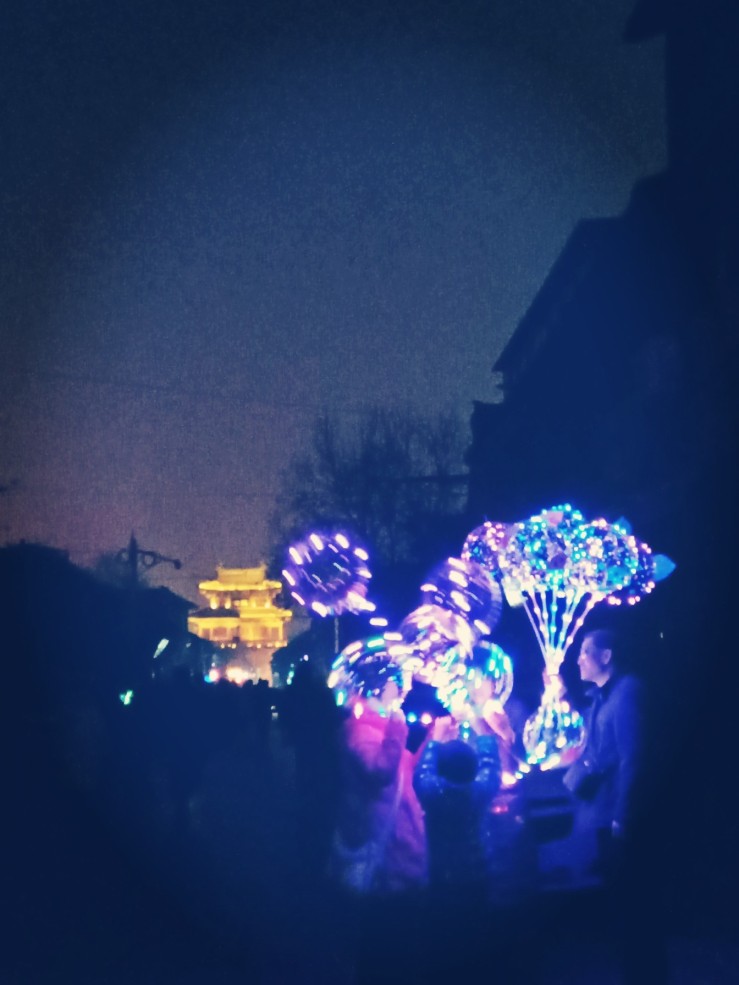 The smog from the New Year firecrackers rained down the next morning, and my sinuses had already started to suffer. I was so pale when I woke up that I caught sight of my reflection and was confused as to when I’d put lipstick on – I hadn’t – it was just that the rest of my face was so white compared to the normal shade of my mouth.

I decided to spend the rest of the day wearing a facemask so that I could breathe more easily, but it didn’t stop people from asking for photos, or asking “do you have a partner”? My ghostly appearance attracted admirers and envious stares in equal measure. By the end of the day I was so congested that when people asked where I was from, and I tried to reply “ying guo” (England –英国) people thought that I was saying “yin du” (India – 印度). I didn’t bother to correct them.

However, I was determined to press on, and see the main attraction, not just of the city, but of the whole entire province – the Luoyang Grottoes (洛阳石窟). I loved exploring places of worship and Mughal architecture in India, so I couldn’t wait to see the grottoes, and I was not disappointed. Not only are the carvings extremely well-preserved, considering that some are almost 1,500 years old (dating from the Tang dynasty 唐朝), but you can get close enough to them to really feel the presence of the passing centuries. 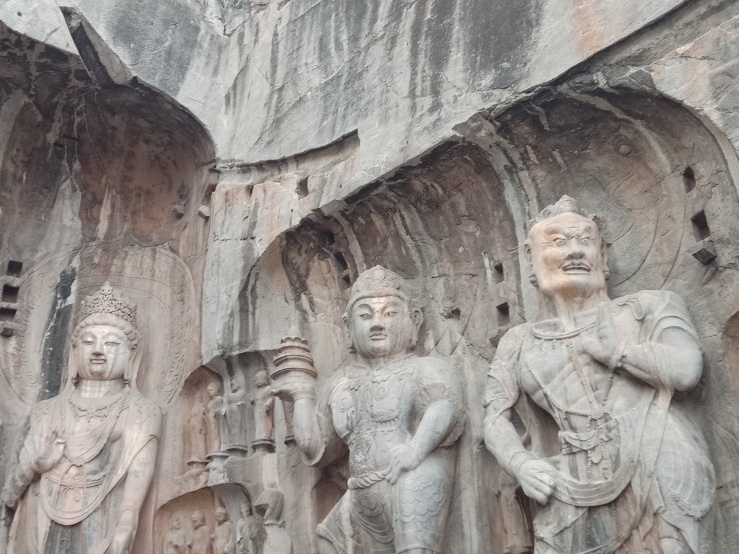 The grottoes are really a testimony to the interconnection between China and India, in an age of flourishing Buddhist artistry and religious practice. There’s something special about standing in a place where tens of thousands of others have felt similarly awestruck, even if you find yourself being swept up in a massive crowd, or “people sea”! (人山人海)