Men go abroad to admire the heights of mountains, the mighty waves of the sea, the broad tides of rivers, the compass of the ocean, and the circuits of the stars, yet pass over the mystery of themselves without a thought.

Sitting in Oxford, and I distinctly remember one of my college tutors insisting that the entirety of the human experience was encapsulated in the works of St. Augustine, in particular his Confessions and The City of God. At the time, I remember largely putting it down to that being that tutor’s area of expertise, and perhaps his own religious leanings and learnings.

I guess now is the time to reconsider all things.

Living in a girls’ hostel in Greater Noida, Uttar Pradesh, India. I remember the sense of isolation that I felt there, but then how that great solitude gave me the time to develop two of the skills that propelled me forward, and will continue to drive me through the present time: blogging and language learning. The mental strength that I started to develop whilst in India solidified my resolve to spend more time living abroad.

In Jinan, China, when I started studying Chinese and felt like the world was beginning to open up like some kind of rare flower. It seems mad to think that so much of that would be impossible, but then again, going outside is virtually impossible right now, so why would standing by a fountain anywhere be any different?

I was feeling free and the most relaxed I’d felt in years, in Hanoi, Vietnam. I wandered the small streets around the lakes that dotted the capital and sat in garden-like cafes.

I remember reading Albert Camus’ The Plague and visiting a semi-abandoned development zone just outside of Nanjing. The eerie feeling of those empty streets is something that haunts me still, even more now actually. As for The Plague, I’m not sure that I’ll ever be able to read it again, at least not in the same way. It was haunting enough in its theoretical enormity, sitting in a warm café on a winter’s day.

It really is no wonder that looking at photos from three months ago seems like a different lifetime, because, quite literally, it was. The bright lights of Shanghai and Nanjing almost couldn’t be further from the interior of this East End house. 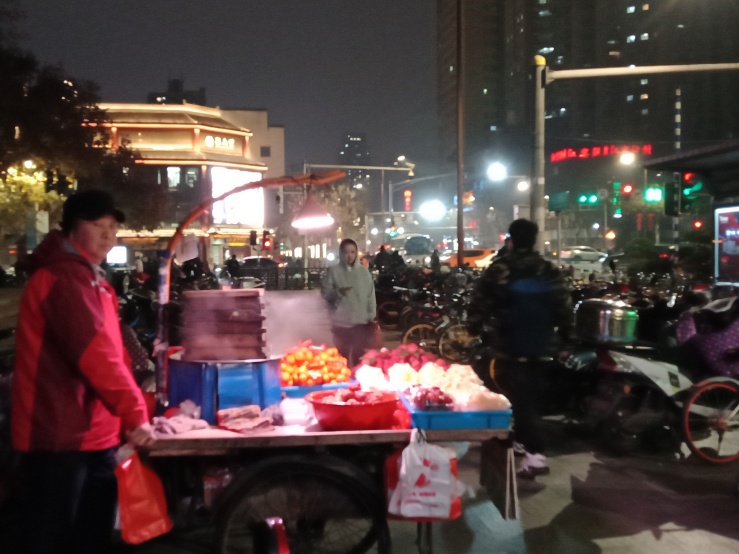 I’d always been reminded that the world won’t always be as it is now (or as it was up until about 2/3 weeks ago in the UK), but I think it really takes living through something like this to really realise that.

I was thinking about the fact that you can’t outrun fate. I try not to get too caught up in the (now ironic) messages in various inboxes, commenting on how lucky I was to have left China in the first week of January. I guess it really is like that old story, with the merchant of Samarra. If something’s destined for you, it’s going to happen regardless.

I’d been thinking about how moving to London was going to mark a new chapter in my life, and that it would definitely be decisively boring compared to what had gone before, because I’m British, already speak English, and have spent a lot of time in London previously. However, after being here a month, and having witnessed the outbreak of a pandemic, I suppose I’ll have to retract that sentiment.

We always expect change to be gradual, like the erosion of the shore by the sea, yet sometimes it arrives like a tsumani, and destroys structures, entire foundations, in seconds. Yet there is hope. We must all learn to move with that flow, and remind ourselves that it is rivers that shape mountains, and although the course is unpredictable, the flow of energy must remain constant.